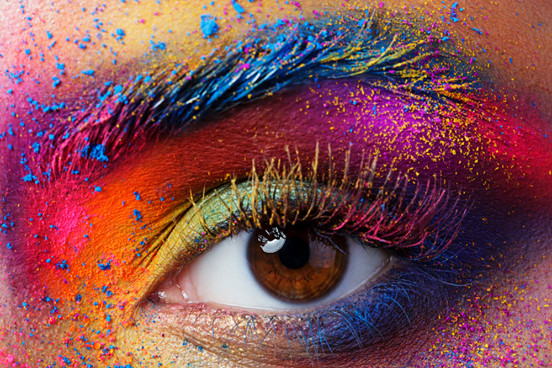 This is also known as The Vernal Equinox

As long as the date remains the same this is

We go through the Gateway to another level

Alchemy of the mask to release the star seed

This is connected to the White Worldbridger Wavespell

so that you can embody the new world

This is an intense Wavespell

We are now releasing what is ready to be cast away

to unveil the authentic being

that we truly are

allow our gifts to be shared from this clear healed space

This is the hero and heroines journey in

VIRGO 27
The magician disrobes. He has no sex organs.
We bear a dream within us. In that dream, we can magically disperse every partisan consideration and make the truth a commonsensically shareable thing. We endow that dream with more of ourselves than any outwardly existing realities. Slowly we foster its seeds. There just must be a way to find the common point, to no longer be jerked around by gender politics and all the other antibrotherhood, antisisterhood currents. So we endow the dream with our heart’s aspirations, and when we give our all to it, the dream comes true. but until that point, we are worlds apart from others in harboring the dream of our coming reunion with everybody.

according to the time of the Equinox

This is a potent

It is an alchemical blend of  Virgo and Libra

VIRGO 29
A witch preparing magic mushrooms.
Within the delicate, formative stages of major departures into the unknown, there is encountered an extraordinary task and lesson that detains you a long while. It becomes self-evident that it is everything that comes before that makes the difference. There must be a fully attuned, magical sensibility to make the future possible. Coming to this requires arduous discipline and elaborate ritual, internal initiation. This becomes such a labyrinth of discipleship and apprenticeship that you wander through the maze discovering everything you ever needed to know. All is played out within. There is no need to make anything happen on the outer. You are assigned to empty yourself out, to strip everything away, to become invisible. And if you excel at your craft, so many ventures and initiatives will be seeded, that this inner planes total mobilization will prove to be more fruitful and productive than any premature thrusts of outer mind, no matter how impressive or seemingly necessary. The entire path lies well within, and needs no surface success to substantiate itself.

VIRGO 30
Supersensible beings manifesting through geometric forms.*
Sacred geometry inscribes the pattern of the world going through its great shifts, its quantum leaps. If you learn to stand back and be within the greater archetypal motions, you find yourself being placed in perfect strategic positions, in exquisitely rightful initiations and assignments. The transparency of things is superlative to behold. You are called to serve the highest, to respect and honor all manifestations, to be there for everybody. Interior steadfastness and implacability; knowing the law, the code, the way. Magnificent in applying vaster awareness to life’s particular, detailed variations on the theme of how everything fits together perfectly and is woven by divine design. The fine tuned sensibility of the master craftsman, particularly adept in staying modest, unadorned and straight on. It is the exemplar of the way it is done when you know who you are and how things are around here, and when you see it coming through in every jewelled detail with little lost in the translation.

LIBRA 1
A group of fat Italian ladies preparing bread.
Archetypal, universal, and diffuse allegiances, activities, and realms of experience. Becoming camouflaged perfectly by adopting a persona that is wondrously engaging and easily connected with. Putting it on a bit heavy–thick grease paint. You exult in getting away with seeming to be the world’s most anonymous person–the disguise can stick to the face. Overt consciousness awash in mass identification, at times you are able to penetrate through and find open possibilities, but you are primarily engrossed in the outer. And alive to the advertised sensations of what it is like to be popular, well-received, and simply welcome wherever you go as part of the mix, and no problem at all.

LIBRA 2
An apprentice medicine man allowing himself to be bitten by a snake.
Existence itself initiates those who are given over to its rigors and its lessons, but being so exposed to the evolutionary edge is exceedingly challenging. Transformation is a constant at all levels. Everything is becoming something else, metamorphosing before your eyes, propelled into the most extreme states imaginable. You feel the greatest anguish and loss, the most huge elation and bursts of freedom. Finger on the pulse of collective cycles, right on the cutting edge, you are committed to planetary changes personally and pervasively. You absolutely feel the impact of what is going on and what needs to go on. Virtually spun out to infinity by what it all means. Drawn toward the basic and the simple for breath. Destiny obsessed. Rabidly thrown into the midst. You come out the other side either lost and confused and staggered, or ready for anything, courageous, visionary, and an incredible generator of shared possibilities unlimited.

This is the key to

Saturn is the planet

Conscious Dreamer and surrendered warrior of the heart

This is a mastery code

One of the Seven Solar Seals

healing the heart is the key to being free